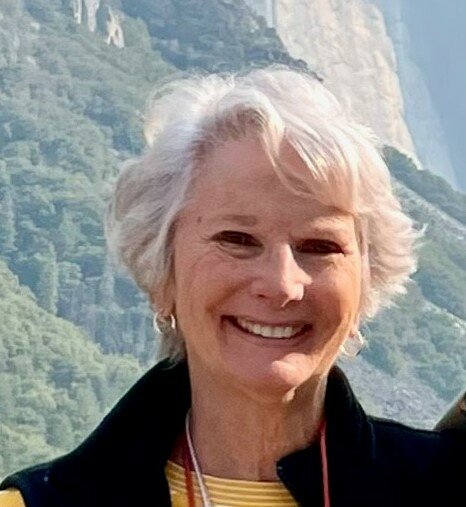 Susan Vassar Proto passed away on Friday, July 29, 2022, after suffering an unexpected massive stroke Thursday afternoon. This vibrant person was taken from her family and friends too soon.

Susan was born in Mansfield, Ohio on April 25, 1945. After she was born, her father moved the family to New York City where they lived until her father passed suddenly when she was 5. Her mother, three brothers, and little Susan moved back to Mansfield, Ohio where she stayed. She received her Bachelor’s Degree from Ohio State and went on to Utah State where she received her Master’s in Psychology. After a brief marriage that gave Susan her most cherished possession, her son Jeff, she returned to Mansfield, Ohio to raise him.

In 1980 she met and married Larry Proto who had also recently divorced and had two daughters and a son. They had attended Mansfield Senior High School together but did not know each other well. Larry proposed nine days after they had reconnected and four months after that, they married. They remained married today, 42 years later. Sue and Larry were a package deal, they were the rare and true soul mates. They spent their best years on Hilton Head Island South Carolina, where they permanently relocated in 1998.

Susan’s eyes would light up and sparkle whenever she spoke of her five grandchildren, Fred, John, Sebastian, Rachel and Courtney.

Sue had one love, Larry and two passions, cooking and photography. She was creating a cookbook for the family and selling her photography at art shows and on her website. Susan never slowed down or stopped. She walked five miles every day, water aerobics and yoga six days a week. She traveled, cooked, sold her photography and took pictures constantly. She is finally going to have the rest she deserves.

Susan is preceded in death by her parents, her brother Tom Vassar and her son-in-law Keith Dabrowski.

In lieu of flowers, please donate in Susan Proto’s name to Blessed Sacrament Catholic Church in Savannah at mbschurch.org or 912-356-6980. A floral suggestion is The Fox and Olive for flowers or a plant, www.thefoxandolive.com. or 843-802-4601.

Share Your Memory of
Susan
Upload Your Memory View All Memories
Be the first to upload a memory!
Share A Memory
Plant a Tree