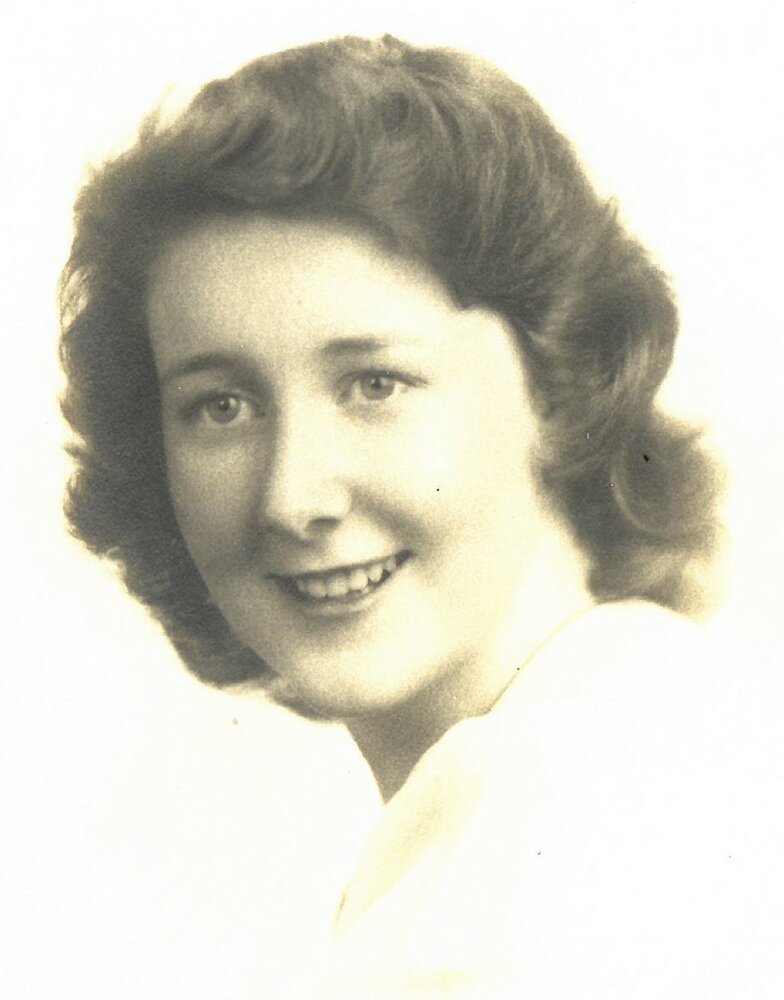 Beloved mother, Grandmother and Great Grandmother, Betty Jane Smith nee Bennett died peacefully in her sleep on August 2, 2022 at the age of 100.  Surely, she was called by her Heavenly Father to sing in Heaven’s Celestial Choir.  She was born in Chester, PA on St. Patrick’s Day (17 March) 1922 to John H and E. Florence Bennett.  A fine birthday for a grandchild of an Irish Immigrant.

Music was always a part of her life through primary school, high school, college and all her adult life.  Starting at age 3, she sang solos in the Methodist Church attended by her family until she was paid to sing in a local Baptist Church.

Her favorite story, regarding music, happened at the all-female Madison College (now James Madison University). Betty Jane was invited to a dance at a nearby all-male military college, where a new young singer was featured.  Her Madison College choir director heard about the dance and told her students, “If anyone misses rehearsal to go to this dance, you will be dismissed from the choir!”  Betty Jane never regretted her decision to go to the dance. The new young singer was Frank Sinatra.

Previously she had received a full art scholarship to a PA college.  However, with WWII looming, she decided to attend a college closer to her mother and father in VA.  Col. John Bennett had been called to training at Camp Pendleton in VA Beach.  Subsequentially he left to go to North Africa and Betty Jane went off to Madison College.

One summer between semesters, Betty Jane worked the front desk at the hotel where her mother was staying for the remainder of WWII.  People were gathered around a piano singing popular songs when she and a young man, who had just graduated from VMI began singing together.  Two weeks later she and that man, Robert Smith, were engaged.  Marriage soon followed on November 6, 1943 in Richmond, VA.  They were married for 74 years until Robert’s death in November 2017.

Betty Jane and Robert kept singing together in their local chorus, church choir and local theater in suburban Philadelphia.

She became a keen genealogist before there were personal home computers.  She would comb her local historical societies, libraries, cemeteries and county archives.  When Betty Jane was able to switch to a personal computer, she became quite savvy at ferreting out family history until her early 90’s.  Betty Jane volunteered at the Hilton Head Historical Society, helping others to discover their family history.  She and her husband shared this passion and took many genealogical trips all over VA, NC, PA, NJ, Ireland, Scotland and England.

While living in Wallingford, PA, Betty Jane was a volunteer at the local library and the Girl Scouts, learned to play golf, and played a great game of Bridge.  Betty Jane was in her early 90’s when she quit duplicate bridge, claiming she was too old.  Her bridge friends asked her to stay, but once her mind was made-up, she never changed her mind.  She was also known as a wonderful cook and gave fabulous dinner parties.

When she and Robert moved to Port Royal Plantation, Hilton Head Island in 1990, they both continued to pursue these same interests. Later they moved to TidePointe and joined the many activities there.

Share Your Memory of
Betty Jane
Upload Your Memory View All Memories
Be the first to upload a memory!
Share A Memory
Send Flowers
Plant a Tree