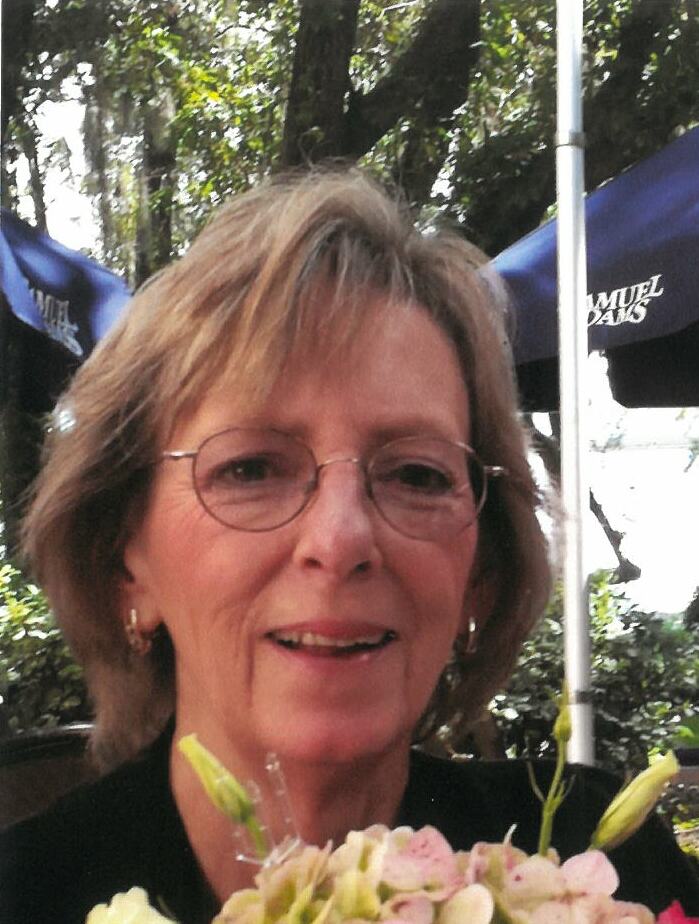 It is with deepest regret that our family has to announce the passing of Corliss Zampino (nee Murphy) on August 6, 2022. Corliss was born on September 3, 1947 and raised in New Jersey but has called Hilton Head her full-time home for over 30 years.

“Murph” to her devoted husband James Zampino of 57 years; Mom to children Jaime Forbes and Matthew Zampino; Mimi to her six grandchildren: Amanda, Steven, and Ben Forbes, Matthew, Michael and Mary Zampino; cousin to Michael Corlis; sister to Erin Murphy and a true friend to countless many.

She was an avid gardener (literally), a die-hard Yankees fan, a kick-ass cook and a generally all-around talented lady. She ran a successful business with husband Jim, spent years as a member of several island tennis teams, enjoyed playing bocce, and loved mahjong with her friends at the Cypress. Corliss had a passion for travel – Alaska, Italy, white water rafting on the Colorado, helicopter rides in Hawaii and one of her last adventures -an African safari.

Corliss never forgot your birthday, she would cut out newspaper or magazine articles about subjects you were interested in, and was thoughtful towards both the big things and the little ones alike. Corliss would provide a tray of goodies for the folks at the doctor’s office or a gift for the tellers at the bank during Christmas. Up until the very end she fought for her family with the same tireless determination and strength of heart that defined both her character and the way she lived her life.

Corliss asks that you don’t send flowers (“they’ll just get thrown away”) but she would love it, if you are able, to make a donation to one of the following charities: Tunnels to Towers, St. Francis by the Sea Scholarship Fund or the LowCountry Community Foundation.

A visitation will be held at The Island Funeral Home on Friday, August 12, 2022 between 4 and 6 pm. A Funeral Mass will be held at St Francis by the Sea Catholic Church on Monday, August 22, 2022 at 10:00 am . Please bring your best stories and Corliss memories to help us remember a woman who touched many lives.

Share Your Memory of
Corliss
Upload Your Memory View All Memories
Be the first to upload a memory!
Share A Memory
Send Flowers
Plant a Tree