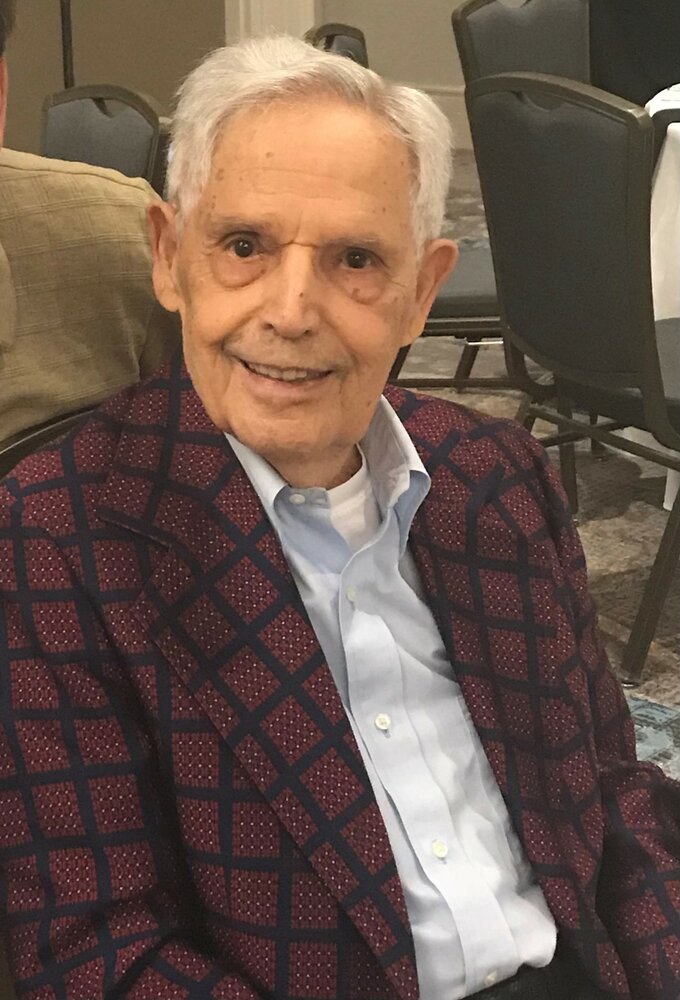 Hilton Head Island, South Carolina – A life well lived! Our family lost a most beloved patriarch at the age of 103 on August 12, 2022.  He died peacefully under Hospice Care at Hilton Head Hospital.  Born on October 1, 1918 in Homer City, PA to Italian immigrant parents where Italian was his first language until he attended school.  Antimo (Tony) treasured his Italian heritage and all his family in addition to being a true American patriot.

He was one of 5 children. In 1923 the family moved to Scranton, PA where Tony attended school and graduated from Scranton Central HS in 1937. Tony was drafted into the army in June 1941.  On his first leave he secretly married the love of his life, Mary (1920-1957), with whom he later had his only child Susan.  He was stationed in Spartanburg, SC where he was joined by his wife for 16 months before he was assigned to a post in North Africa.  Due to his Italian language skills he was assigned to the OSS, a United States Intelligence Agency (the predecessor of the CIA) as an interpreter.  The remainder of his service career was spent in Italy. After spending 4 years and 5 months in the service he returned to the US and attended Cornell on the GI Bill and graduated in 1949 with a degree in Hotel Administration accompanied by advance accounting classes.  After Cornell he found a lifelong job with Cone Mills in the marketing Office and started a family.

Upon retirement in 1980 he relocated to Hilton Head Island.  He became very active in the Palmetto Dunes Club and community where he organized golf outings and enjoyed many social functions and dinners with friends over the years.  His claim to fame at the Club was his outstanding dancing and ability to tell great stories as well as good jokes.

Throughout the years Tony loved to travel and frequently visited family and friends in Italy. In later years after the death of his second wife, Helen (1922-2012), whom he married in 1958, he moved to The Cypress.  He continued to pursue many activities including painting, creating and printing his own Christmas Cards and writing his autobiography “A Cent to Comfort” followed by a second book “World War II Italian Campaign”, about his experiences in World War II.  At the age of 100, he hosted a memorable Birthday Celebration for himself at the Marriott Hotel in Palmetto Dunes for family and friends.

A Funeral Mass will be celebrated on Monday, October 10 at 10:00 a.m. at St. Francis by the Sea Catholic Church, followed by a Celebration of Life in the Church Hall.

In lieu of flowers, contributions can be made to his favorite charity, St. Jude Children’s Research Hospital.

Share Your Memory of
Anthony (Antimo)
Upload Your Memory View All Memories
Be the first to upload a memory!
Share A Memory
Send Flowers
Plant a Tree