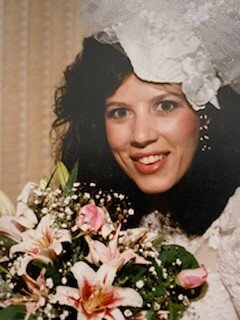 INDIANA NOGUERA KIRWAN, 67, died peacefully in the arms of her loving husband, surrounded by family and friends on Tuesday, September 20, 2022, at her home in Hilton Head Island, South Carolina, after a courageous four-year battle with pancreatic cancer.

Indiana was born in Jinotega, Nicaragua, on September 21, 1954, to Gustavo and Maria Noguera, the third of four children. The family immigrated to the United States in 1962 when Indiana was seven years old. Before long, Indiana adapted to life in Brooklyn, NY, where she made many enduring friendships. She attended Brooklyn College, and soon thereafter, accepted a position at J.J. Kenney Drake, a Wall Street brokerage firm. Her sharp mind, organizational skills and dedication earned her recognition and, in time, the position of Vice President. She retired in 2014 and moved to Hilton Head with her husband Robert Kirwan and their faithful dog Reilly.

Indiana was blessed with a precious gift in 1982, when her baby boy Justin was born. Another wonderful blessing came when she met her “prince,” Rob, whom she married in 1989. Together, they formed a blended family including Justin, Shannyn and Christopher. Their family later grew with the births of seven beloved grandchildren. Indiana has touched the lives of many people with her sincere love, thoughtfulness, generosity and hospitality, and has delighted those around her with a lively, adventurous spirit and infectious smile. Indiana tirelessly supported her husband Rob, a lieutenant in the New York City Fire Department, after the tragic events of 9/11. At his side through the darkest of moments, she was affectionately dubbed “the little engine that could” by their firefighter friends. A loyal wife and beloved mother, stepmother, grandmother, sister, aunt and friend, she leaves behind many broken hearts—but also many that have been inspired by her strength, courage and optimism.

Indiana is predeceased by her parents, Gustavo and Maria Noguera, and her brother Rodolfo Noguera. She is survived by her husband of 33 years, Robert Kirwan; her son Justin Hinz and his wife Lisa and daughters Hannah, Lilah and Emma; her stepdaughter Shannyn Kirwan and daughters Rosalind and Mirabal; her stepson Christopher Kirwan and his wife Jessica and children Caiden and Quinn; her brother Gustavo Noguera and his wife Madeline; her sister Vera Beiner and her husband Arthur; as well as many beloved nieces, nephews and cousins.

Share Your Memory of
Indiana
Upload Your Memory View All Memories
Be the first to upload a memory!
Share A Memory
Send Flowers
Plant a Tree