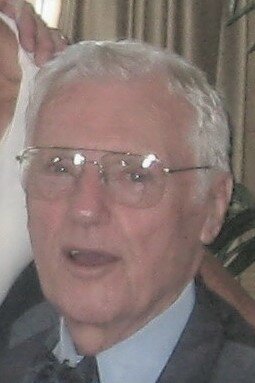 Al knew earthly life was nigh and transitioned peaceably, to be with his Lord and passed loved ones in accordance with his religious beliefs.

Al will be buried alongside his Wife, Ji, at Prospect Hill Cemetery in York, PA. There was a viewing at Etzweiler Funeral Home, 1111 East Market Street, York, PA on Monday, October 17, 2022 from 9:30 -- 10:30 am with a graveside service following at the cemetery.

Born at home in Wyomissing, PA to Hans and Dorothy Walbrecker, Al is survived by a son, Al III, nieces, nephews and a cousin.

Served in the U.S. Navy during World War II as an Aviation Storekeeper, with enough flight time to be issued his goatskin jacket, which our Doberman, Fritz, ate in 1959.

Found a home in York, PA, and the majority of his working life, as an Account Executive and Vice President for Merrill Lynch, Pierce, Fenner & Smith. He loved York but age required a warmer climate.

Served on several Boards and Charities too numerous for me to recall.

Retired in York, PA and eventually to Hilton Head Island.

The son says: "Dad was always a magnet to women, until the day he passed. However, to him, there was only one; his Wife Ji. Oh, to have that MoJo!"

The one thing that matters more than anything is the arrival or departure of a loved one. A time when nothing else in the world really matters.

Share Your Memory of
Alfred
Upload Your Memory View All Memories
Be the first to upload a memory!
Share A Memory