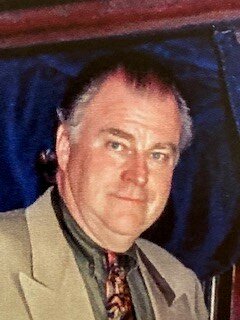 Louis H. Alexander of Hilton Head Island, SC, formerly of Fairfield, CT, passed away quietly at home with his family in the early hours of December 9th, 2022. Lou was born April 28th, 1939 in Queens, NY. He was 83 years old and known by his family as "Big Lou".

Lou was an Army Reserve veteran attaining the rank of Sergeant in the Military Police. Lou had a degree in Economics from St. Johns University.

His first job was with Springs Mills, and later he became vice president of Burlington Industries. Lou was involved in the textile industry making innovative advances in sales, training, and designing product lines for large international companies. He traveled extensively throughout Europe, India, China and Africa.

Lou loved his free time, and enjoyed woodworking, photography, fishing and scrimshaw. He also loved his Maine Coon cats, which he really spoiled. He was very artistic and loved drawing and sketching. Lou remodeled, designed and redecorated numerous houses he had owned, including an historic 17th century home.

His father, Louis H. Alexander, was a WWI veteran of the Balloon Corps, which inspired Lou to become an expert historian on WWI and WWII.

His family will miss his big heart, enthusiasm, and the enjoyment he brought to the family with any endeavor he pursued.

A private family service will be held.

Share Your Memory of
Louis
Upload Your Memory View All Memories
Be the first to upload a memory!
Share A Memory
Send Flowers
Plant a Tree