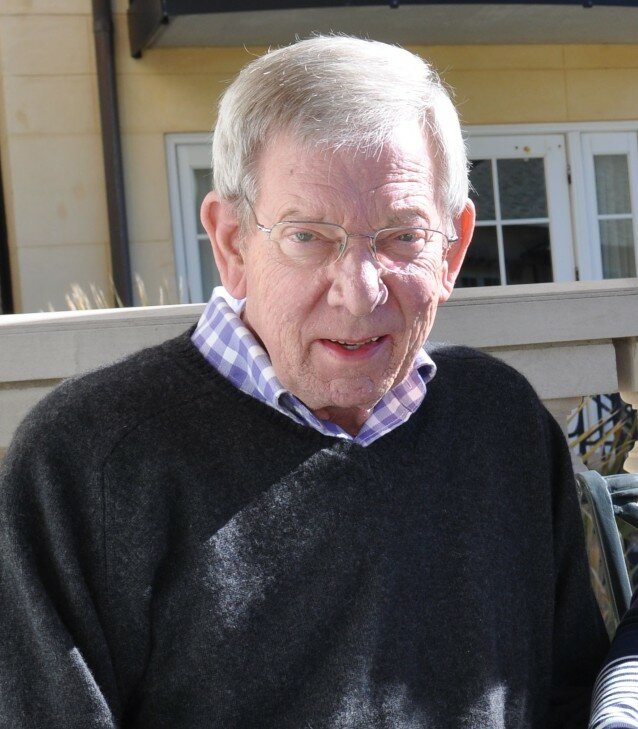 David was born on May 25, 1938 in Jamestown, NY to Imelda and Charles Storey. He grew up in Hamburg, NY and attended Hamburg High School and Cornell University and received his M.B.A. from the University at Buffalo. He married the love of his life, Paula, in 1964 and the Storeys moved to New York City where David worked in advertising for Eastman Kodak. They later moved to Rochester, NY where David worked at Kodak headquarters. After ten years at Kodak, David joined Try-It Distributing, a beer wholesaler, and moved his family back to Buffalo. They spent many happy years in Buffalo and retired to the warmth of Hilton Head in 2003.

David and Paula raised three wonderful daughters, and his family was what he cherished most. He will be remembered for his deep capacity to love, appreciate, encourage, and enjoy each of them.

David had many interests, which he pursued with a passion. He especially loved photography, and instilled a deep love of the craft in his children. He was a voracious reader and loved being a member of the men’s book club at Palmetto Hall Plantation in Hilton Head. He had extensive design and building experience from building houses in Eagle Heights in Orchard Park, NY and carried that talent to the chairmanship of the Architectural Review Board at Palmetto Hall. He loved fast cars, manhattans, jazz, golf, and his beloved Buffalo Bills.

David is survived by his beloved wife, Paula (nee Vukelic), and three daughters, Katherine of Hilton Head; Deborah Dillon (John) of New Hartford, NY; and Marina Crawford (Robert) of Walterboro, SC; and two grandchildren, Cecelia and Jack, as well as many nieces and nephews.  He is also survived by his sister-in-law Joan Storey and his brothers-in-law Eugene (Carole) Vukelic and John (Christy) Vukelic.  He is preceded in death by his brother Michael Storey and his brother-in-law Stephen Vukelic.

There will be a Funeral Mass on January 6, 2023, at 10 AM at St. Francis by the Sea Catholic Church, Hilton Head, South Carolina, followed by a lunch reception.  In lieu of flowers, donations can be made to the Michael J. Fox Foundation for Parkinson’s Research, michaeljfox.org. Is

Share Your Memory of
David
Upload Your Memory View All Memories
Be the first to upload a memory!
Share A Memory
Send Flowers
Plant a Tree