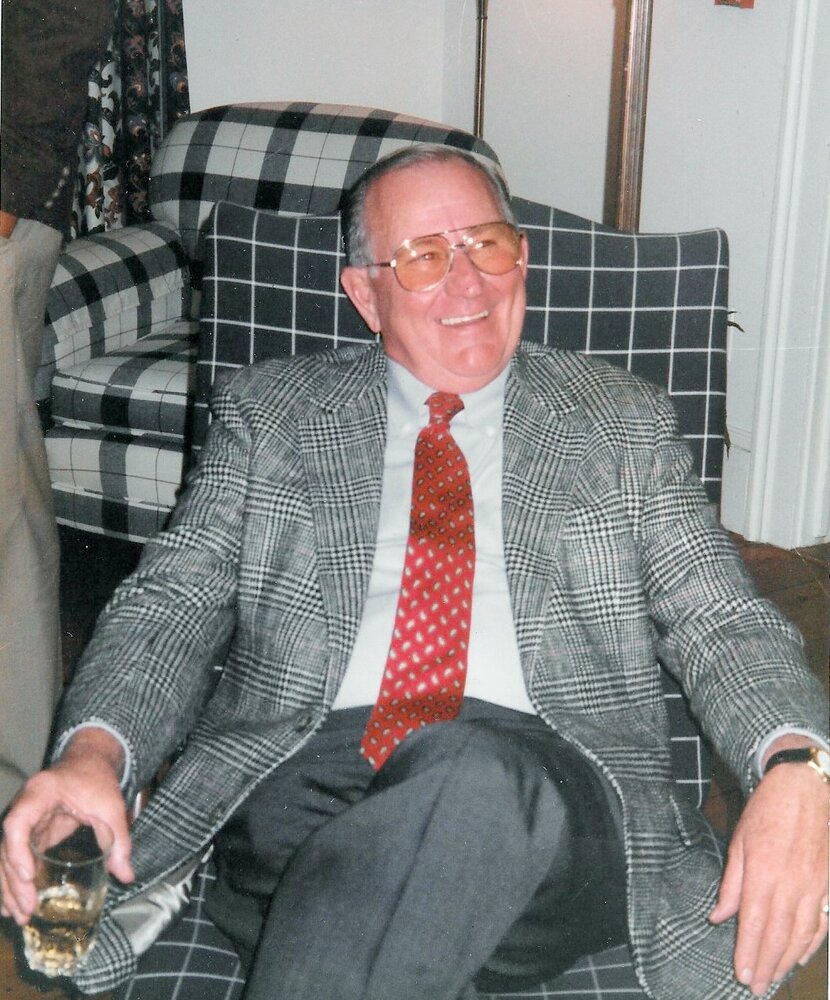 Francis “Hank” John Crane passed away in the arms of his immediate family on December 26, 2022 on Hilton Head Island, SC.  He was 86 years old. He was born on August 12,1936 in Philadelphia, Pennsylvania to his parents Francis Thomas and Catharine Condon Crane. He was raised in East Falls, PA and spent his summers on 27th Street in Ship Bottom, NJ with his siblings, Tom, Catharine (Sissy), and Roberta (Bobbie). Hank attended Holy Cross Grade school in Mount Airy, PA, where he became part of “The Herd”, a group of his classmates, who became and remained his dear lifelong friends. He then attended Germantown Academy in Germantown, PA and St. Francis Preparatory School in York, PA before going onto to college at Lasalle College.

Hank was never afraid of hard work, and there was never a job he wouldn't do. At age 13 he ran special deliveries for the post office, delivered the earliest issues of the local newspaper and washed dishes at the German Kitchen on Long Beach Island, NJ. Throughout his teens, he worked as a clammer and as a maintenance man at the water department, and he drove the first Jack and Jill Cream truck on the island. (Later in life, he set up shop in his house, and every night all of the children in the neighborhood came over for free ice cream). When he was in college, he worked during his summers as a bartender at The Surf City Hotel on the island. At age 22 he went to work for his father and two uncles at Crane’s Old English Tavern in Germantown, PA. The establishment had been founded by his grandfather, an Irish immigrant, who came to the United States alone at age 13.

On June 13, 1964, he married Nancy Virginia Edson, and they were married until his passing.  They raised their three children in North Wales, PA, and in 1969 Hank ventured out on his own and opened Crane’s Tavern in Ambler, PA. He achieved great success and was fortunate enough to buy The Surf City Hotel in 1972. He ran both of those businesses until the Tavern was sold in 1988.  In the early 1980’s he and his wife built a home in Sea Pines on Hilton Head Island and subsequently moved to Haig Point on Daufuskie Island, where he and Nancy spent winters for 34 years.   During this time, he was able to enjoy his greatest passion, golf and holds the record for most holes in one at Haig Point. His other two passions were race horses and classic cars.  Many naturally picture him behind the wheel of his little red convertible.

In 1998 he sold the Hotel and contemplated retirement but instead decided to open a third establishment, Crane’s Tavern & Steakhouse with his daughter, Beth Anne Crane in April of 1999 on Hilton Head extending his family legacy to another generation. He worked side-by-side with his daughter and was still doing work for the restaurant up and until his passing.

Over the time of his life, Hank cultivated, enjoyed, and inspired the lives of many. He started a scholarship fund on Long Beach Island and supported multiple local and national charities, including the Squires 12, the Surf City Fire Department, the Bill Kelly, Jr. Memorial Fund, and David’s Dream and Believe Cancer Foundation. One could always find him congenially grasping a glass at the bar of one of his own establishments sharing stories and his quick-witted quips, a great number of which are still quoted today by his cronies. No one would be surprised if he would bust out a Mummer’s strut out of the blue, and he was never denied a card game, even though he would more than likely walk away with the pot of winnings.

Hank created an atmosphere in all of his businesses, where everyone was family. He cultivated and mentored his employees and taught them what an honest and good work ethic is. He even helped many of them open their own businesses. He was truly an incredibly generous soul.  Hank put a roof over many of the heads of friends, family and employees and he put his wing over many, many more. Ergo, it was befitting that his nickname was “The Hawk”.

A Memorial Mass will be held on August 11th at St. Thomas of Villanova Church, Surf City, NJ.  In lieu of flowers, the family requests that donations be made to either the Bill Kelly Jr. Memorial Fund, billkellyjr.com or to David’s Dream and Believe Cancer Foundation, davidsdreamandbelieve.org.

Share Your Memory of
Francis
Upload Your Memory View All Memories
Be the first to upload a memory!
Share A Memory
Plant a Tree