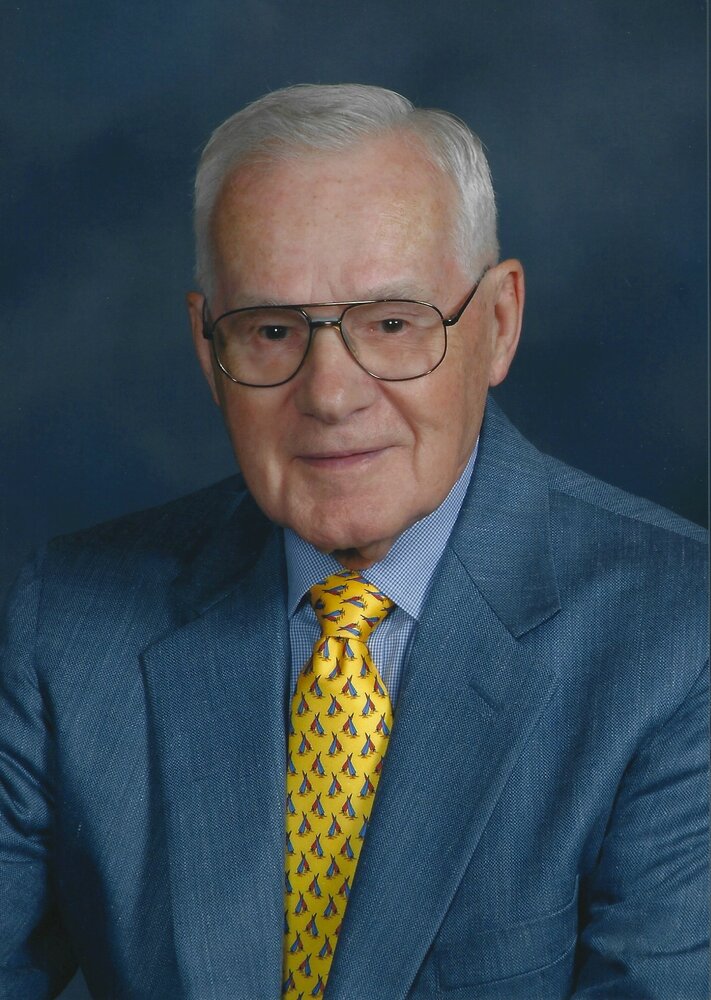 An Eagle Scout and gentleman described Neil until the end. He was born on July 23, 1925, in Evanston, IL to Charles and Dorothy Hiatt. He earned his BS degree at Northwestern University and joined the V12 Officer Training Program and was commissioned into the Navy. After his service, he joined General Electric for whom he was employed for 50 1/2 years, working in Schenectady, where he earned a Master of Science in Industrial Administration at Union College. His GE career continued in Roanoke, VA as Sales Manager - International System Sales until his retirement. The Mayor of Roanoke declared September 9th, 1996 Neil Hiatt Day for his continuous service to General Electric. Neil and his wife Mary Lou then moved to Hilton Head, SC.

Neil was a very devout man and served on the Board of Directors and as Vice President of the YMCA in Schenectady, NY. He served as a deacon and elder in all of his churches and sang in the choirs, plus the Hilton Head Choral Society. Neil was the Leader of the Stephen Ministry at First Presbyterian Church.

Neil was preceded in death by his parents and younger brother, Gregg. He was a strong believer in exercising and continued this discipline until the day before he passed.

He is remembered for his quick wit, kindness, and that he never complained.

His security blanket was his wife Mary Lou. He died holding her hand.

A family service will be held at a later date.

Share Your Memory of
Neil
Upload Your Memory View All Memories
Be the first to upload a memory!
Share A Memory
Plant a Tree