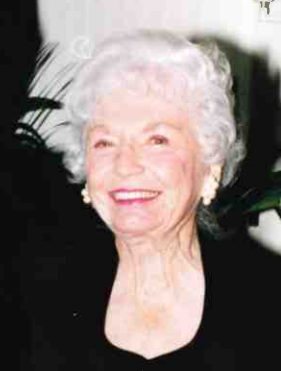 Marian Janice (Rugaber) Smith, age 99, of Hilton Head Island, SC, peacefully passed away in her home Friday, January 13, 2023. Marian was born in Toledo, Ohio on December 15, 1923, to the late Franklin and Gertrude (Wetzel) Rugaber. She attended Miami of Ohio University in Oxford where she met and married the love of her life, George Edgar Smith on April 15, 1945, in Toledo, Ohio. George and Marian loved to dance, entertain, cruise, golf and travel with friends. They had the opportunity to play The Old Course at St. Andrews in Scotland. George preceded Marian in death in 2015. Marian enjoyed playing bridge and was a fan of college football and basketball, especially Ohio State. She will forever be remembered as one of the most kind, loving and generous souls. She was a true dog lover, and they returned the love to her. George often joked that if he could be reborn, he would like to come back as Marian’s dog. She is survived by her son, Stephen M. Smith (Bonnie), Grandson, Stephen Scott Smith and Great-Grandson, Keenan Smith, all of Waynesboro, PA.

Family, friends and others who were touched by Marian’s life are invited to remember and celebrate her life on February 22, 2023, at the Bostwick Pavilion in Moss Creek at 2:00pm.

In lieu of flowers, donations can be made to your local animal shelter.

Share Your Memory of
Marian
Upload Your Memory View All Memories
Be the first to upload a memory!
Share A Memory
Send Flowers
Plant a Tree