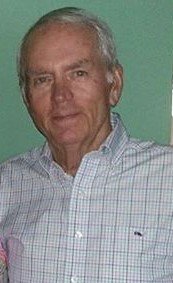 Don married his beloved wife, Cynthia Elliott Carlson, on June 19th 1965. They were happily married for 53 years. After graduating college from Texas Tech University where he was a member of the Sigma Chi fraternity, he served his military tour with the United States Navy SeaBees. Don was a civil engineer and worked for Shell Oil Company. Afterwards he launched his own residential home building construction company that spanned more than 25 years. After building, Don opened the Low Country BrickKicker Home Inspection franchise.

Don was a resident of Hilton Head since 1988. He was a proud member of the Sons of Confederate Veterans where he held several officer positions. Don was a member of the First Presbyterian Church and a founding member of the South Carolina Yacht Club. He was an avid and experienced ham (amateur radio) operator which he gained a passion for as a young boy. He enjoyed volunteering in the Hilton Head community delivering Meals on Wheels and serving the Litter Box.

The family will receive friends on Thursday, November 29th at the family home (145 Harbour Passage) from 4-6pm. A private graveside service will take place on Friday, November 30th in St George SC.

In lieu of flowers, the family suggests that remembrances be made to the Hilton Head Humane Society, PO Box 21790, Hilton Head Island, SC 29925.

Share Your Memory of
Don
Upload Your Memory View All Memories
Be the first to upload a memory!
Share A Memory
Send Flowers
Plant a Tree