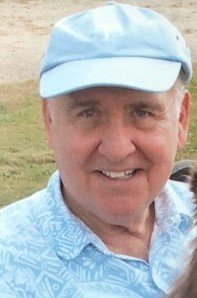 Maurice (Maury) Rene Bass, a businessman in the animal health nutrition industry, died of heart failure in Charleston, SC on July 15, 2019. He was born in Oklahoma City on January 15, 1934 to Biren Oliver Bass and Helène Coste Bass.  He graduated from the University of Pennsylvania in 1956 (BS, Biology) and worked nights in a lab to pay his way through college. While at U.P. he met the love of his life, Dorothy Isabel Jackson (BS, Physical Therapy), and they married on September 15, 1956. He briefly worked as a used car salesman before taking a position as a salesman for NOPCO Chemical Company covering their Midwest territory. Over the ensuing years, many promotions, a few mergers, and a couple of job changes later, he formed his own business, the M.R. Bass Company.  As his career advanced the family grew, moving from Leawood, KS to Lake Geneva, WI, to Millburn, NJ, to Shaker Heights, OH, to Wicomico Church, VA, to Edwardsville, IL, and lastly, settling on Hilton Head Island, SC in 1992. Together they raised four children, Eric of Baltimore, MD, Jeff of Boston, MA, Greg of Augusta, GA, and Julie of Peachtree City, GA. Despite a so-called retirement, Maury continued to broker deals through the M.R. Bass Company until the last month of his life. His passions were his family, cars, shopping for bargains, and the stock market. His favorite homes were the ones that could hold the most cars, but none of the homes had enough room for all of his cars. Family reunions inevitably included a day spent rearranging the garage in order to fit in another car. No one enjoyed bargains more than Maury. Always looking for a good deal, he was famous for proudly bringing home the products of his hunt, such as 100+ jars of pasta sauce, umbrellas, boxes full of little books, or flashlights of all sizes for everyone in the extended family. He closely followed the stock market and met weekly with his broker.

In addition to his wife of 63 years, he is survived by his 4 children, 6 grandchildren, 2 great-grandchildren, and his sister-in-law Theresa, widow of his only sibling Biren (Brad) Bass.

A celebration of life and reception will be held on August 24th from 4:30 to 6:30 pm at the Port Royal Plantation Beach House.

In lieu of flowers, the family suggests donations in memory of Maury Bass be made to: The Bargain Box of Hilton Head (which supports local social agencies and charities), 546 William Hilton Pkwy, Hilton Head Island, SC 29926.

Share Your Memory of
Maurice
Upload Your Memory View All Memories
Be the first to upload a memory!
Share A Memory
Send Flowers