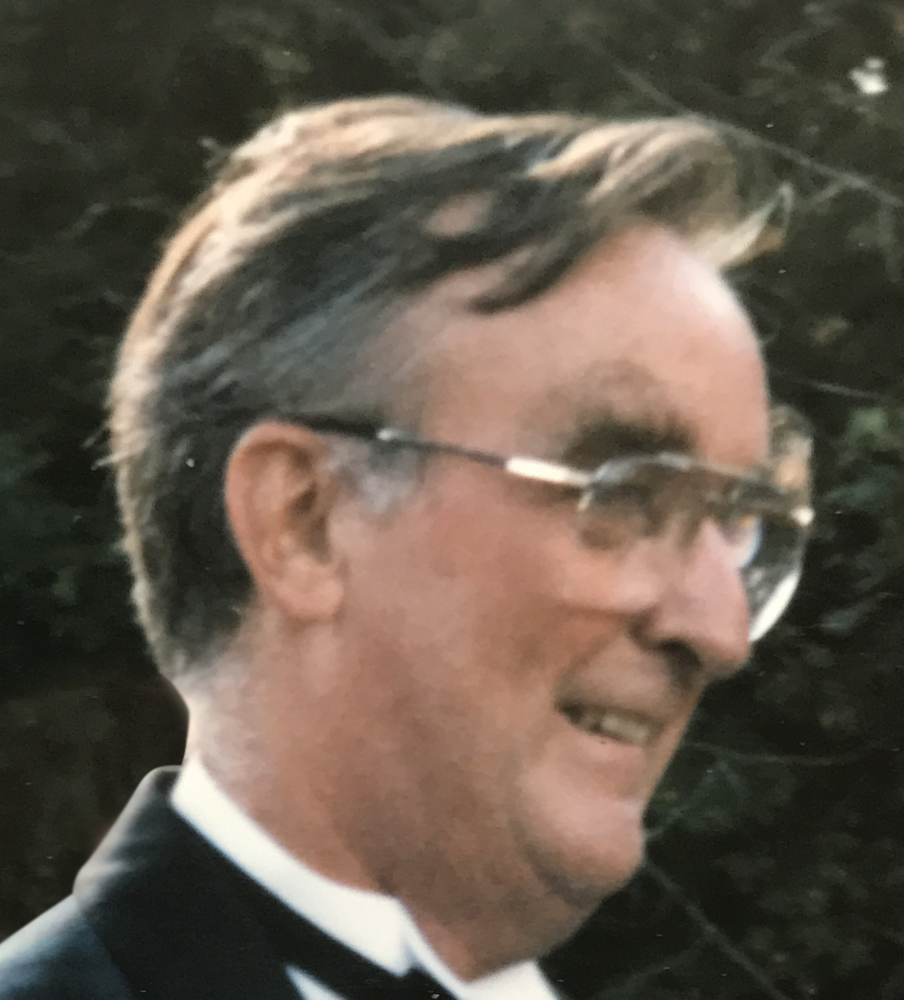 Alfred James Prince (Fred) passed peacefully at his home in Hilton Head SC on August 23, 2019 at the age of 87, with his two daughters at his side.

Fred was born in Montreal Quebec Canada to Alfred James Prince and Elizabeth Becket. He graduated from West Hill High School and met his wife Doreen on a Saguenay Shipping company ski trip. He graduated from Sir George Williams University (Concordia) in Montreal in 1958. He worked for Johnson & Johnson for 38 years, starting as a payroll clerk, making his mark in marketing, and ultimately in management, as president of J&J Canada and finally president of J&J Orthopedics in the US. Fred and Doreen retired to the Long Cove Club in Hilton Head, with summers in New Seabury Cape Cod. Fred was appreciative of the many longtime friends he and Doreen made over the years in the various places they lived and traveled. Fred was a volunteer with Habitat for Humanity in Hilton Head, working 18 hours a week for many years, framing and finishing countless new homes. Fred enjoyed his art filled villa and the new friends he made at the Cypress Club since moving there in 2017. Fred was an avid skier, golfer and world traveler. He kept his mind sharp with Bridge and Sudoku.

Fred had a wonderful sense of humor, great empathy for others and he was a 360-degree thinker. Being dyslexic, he developed grit, tenacity and a fresh way at looking at things that spawned many innovative ideas. He was a great story teller, with a wealth of interesting and funny life experiences to draw from. Fred was supportive and encouraging of the endeavors and accomplishments of his wife and daughters. He was an inspiring and loving role model for his grandchildren, and along with his wife Doreen, the nucleus of regular gatherings of the family.

Fred’s wife Doreen Prince (ne Melville) predeceased him in 2016. He is survived by daughters Nancy Prince, (Douglas Dolan) and Barbara Prince, his brother Ronald Prince (Sheila), grandchildren Maggie, Grace and James Graupera and Amy Dolan, and great-granddaughter Georgia Graupera-Rogers. A memorial and celebration of Fred’s life will be held at The Cypress Club, Hilton Head between 2-5PM on Saturday 11/9/2019. In lieu of flowers, donations in Fred’s honor may be made to Deep Well or Habitat for Humanity of the Low Country, both in Hilton Head.

Memorial and Celebration of Life

Share Your Memory of
Alfred
Upload Your Memory View All Memories
Be the first to upload a memory!
Share A Memory
Send Flowers