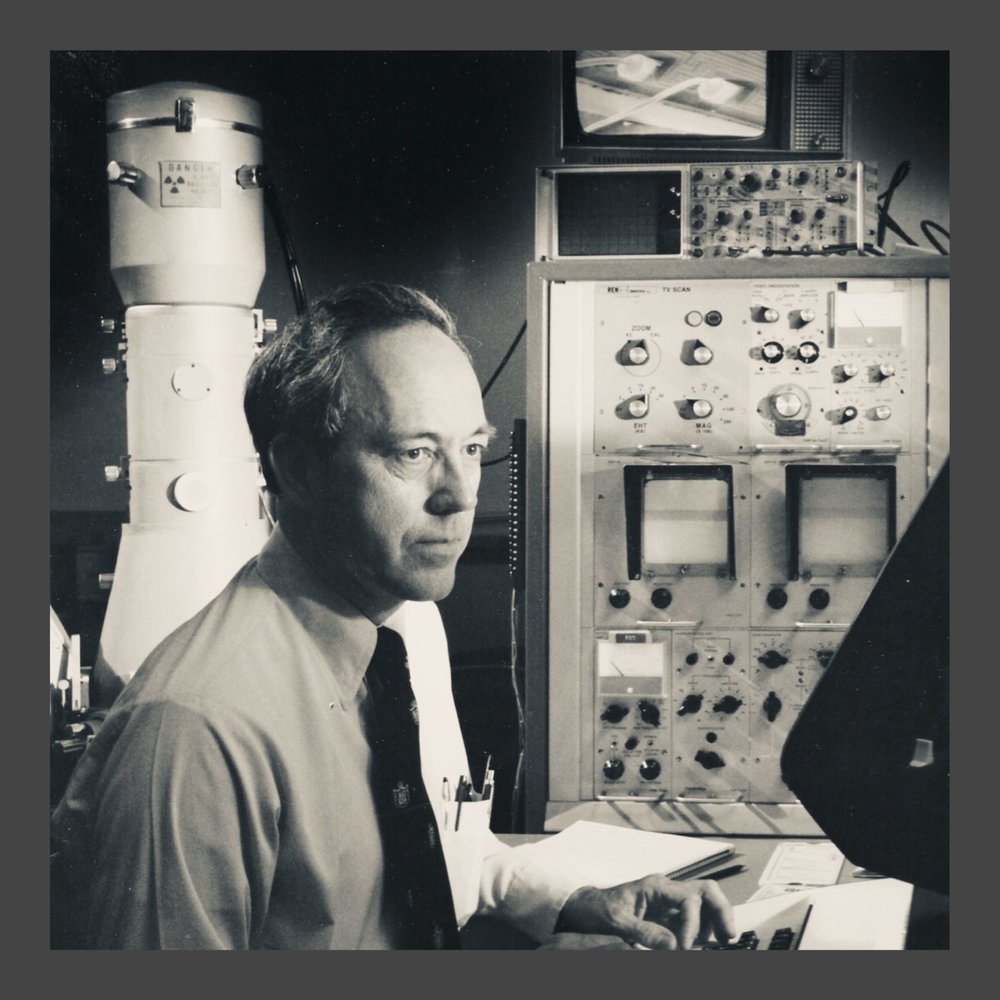 Bill Morris graduated from high school in 1943. While in high school, he worked in a radio shop. Bill then served in the Army and the Navy during World War II. With the help of the “GI Bill,“ he graduated in 1950 from North Carolina State University.

The family survived a near fatal car crash on July 3, 1960 outside of Danville, Kentucky after being sideswiped by a truck that two young men had stolen. After the crash, the family began the long physical and emotional recovery process. Bill was out of work for over six months, and each family member was changed profoundly by the experience.

In 1964, Bill Morris was hired by the Denver Research Institute for the development of microelectronic ceramic chips. In November 1968, the family relocated to Utica, NY.  In Utica, Bill worked at General Electric in microelectronics doing quality control with an electron microscope until retirement in 1995. While living in Utica, Bill Morris graduated from University of Southern California, which had classes in New York, in 1974 with a Master’s Degree. In 1992, Bill and Jeannette began the move from Utica, New York to Hilton Head Island, South Carolina.

While living in Denver, Bill and family attended Saint Andrew’s and Bear Creek Presbyterian churches. In Utica, they attended Westminster Presbyterian Church. In 1989, Bill and Jeannette Morris attended The Billy Graham School of Evangelism in Syracuse, NY. This was a milestone in their spiritual development. Bill and Jeannette began a senior ministry at a nursing home in Utica and later on Hilton Head Island. Bill Morris was a Gideon for many years. While in Hilton Head, they were involved at Providence Church with Stephen Ministries.

Bill Morris was very proud of his family.  The most important thing in his life is that he found salvation and hope in his relationship with Jesus Christ. He was saved by God’s grace, and he would encourage all to read the Bible and decide what to do about the claims of Jesus of Nazareth.

He will be interred at the Beaufort National Cemetery privately with family.