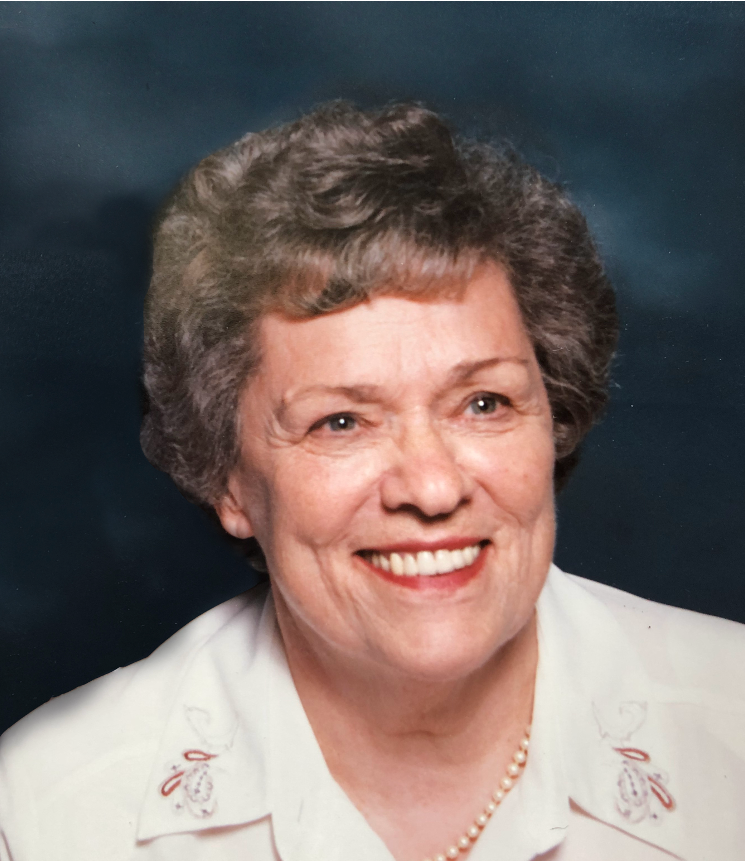 Mary Jane Bollinger, age 92, educator, skilled calligrapher, and faithful Christian, passed away peacefully at the home of her daughter’s family on Hilton Head Island, SC on January 2, 2021. The lovely, framed Bible verses, invitations, place cards and other documents that she produced enhanced many events and hold places of honor in homes of family and friends. She was preceded in death in 2015 by her husband of 62 years, Donald Bollinger. Also preceding her in death were her parents, Lewis Eckhart and Sylvia Lane Eckhart, her brother William Eckhart and sister Ruth Eckhart.

Mary was born in New Brighton, Pennsylvania and grew up on her family’s farm near Fombell, Pennsylvania. She graduated from Geneva College in Beaver Falls, PA with a degree in education and was an elementary school teacher. In 1953, she married Don Bollinger and moved to Rochester, PA, raising her two children and serving as an Organist at the North Sewickley Presbyterian Church and a member of the League of Women Voters. In 1972, the Bollingers moved to Covington, Georgia. Mary then completed her Master’s degree in Library Science at the University of Georgia and worked as a Media Center Director at Sharp Middle School. Don and Mary were active members of First Presbyterian Church in Covington where she was a Deacon and Elder and participated in mission trips to Nicaragua, Louisiana, and Utah. After her husband’s death, she moved to The Cypress on Hilton Head Island, where she made many new friends.

An online memorial service will be held Saturday, January 9 at 2:00 pm with internment beside her husband in Beaver, PA at a later date. For information on how to join the online service, please contact First Presbyterian Church of Hilton Head Island at info@fpchhi.org (843) 681-3696 or info@islandfuneralhome.com (843) 681-4400.

Share Your Memory of
Mary
Upload Your Memory View All Memories
Be the first to upload a memory!
Share A Memory
Plant a Tree