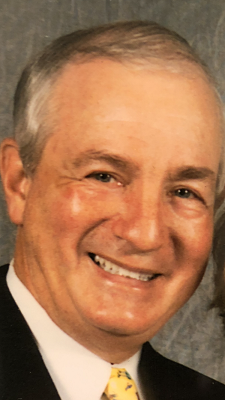 Gordon L. Deal (JoJo), originally from Savannah, Ga., died peacefully on March 20, with his wife at his side.

Known for his tireless work ethic, his mission was to give back and stay active.

During his time on Hilton Head Island, SC, JoJo - as he was known to family and friends - said "yes" to any cause. As part of the Hilton Head Rotary Club, he led an effort to collect cellphones for women in domestic abuse environments, waited tables at firehouse pancake breakfasts, sent water purifications to a community in Peru, found computers for the needy, and even ran an oyster shucking contest, among other things.

His active nature was evident even early in life. He was not only a football standout at Commercial High School in Savannah, but he also competed in track, basketball, and baseball.

As an adult, he coached basketball, baseball, and soccer, and served as league organizer when asked.

He was also active in the tennis community and could occasionally be seen in a Zumba class...at the encouragement of his wife...who he affectionately referred to as Darlin.' Many happy times were also shared with good friends in Lake Naomi.

He is survived by his wife, Diana; children Gordon (and wife Kelly) and Kristen (and husband David); and five grandchildren: Ryan, Brendan, Jonathan, Kendall, and Kaitlyn.

JoJo was fond of saying, "Nobody has the time to volunteer; some people simply choose to MAKE the time."

To honor him, JoJo would want you to do "a little something" to make your community better.

There will be a celebration of life (on a date to be determined) over the summer.

Share Your Memory of
Gordon
Upload Your Memory View All Memories
Be the first to upload a memory!
Share A Memory
Send Flowers