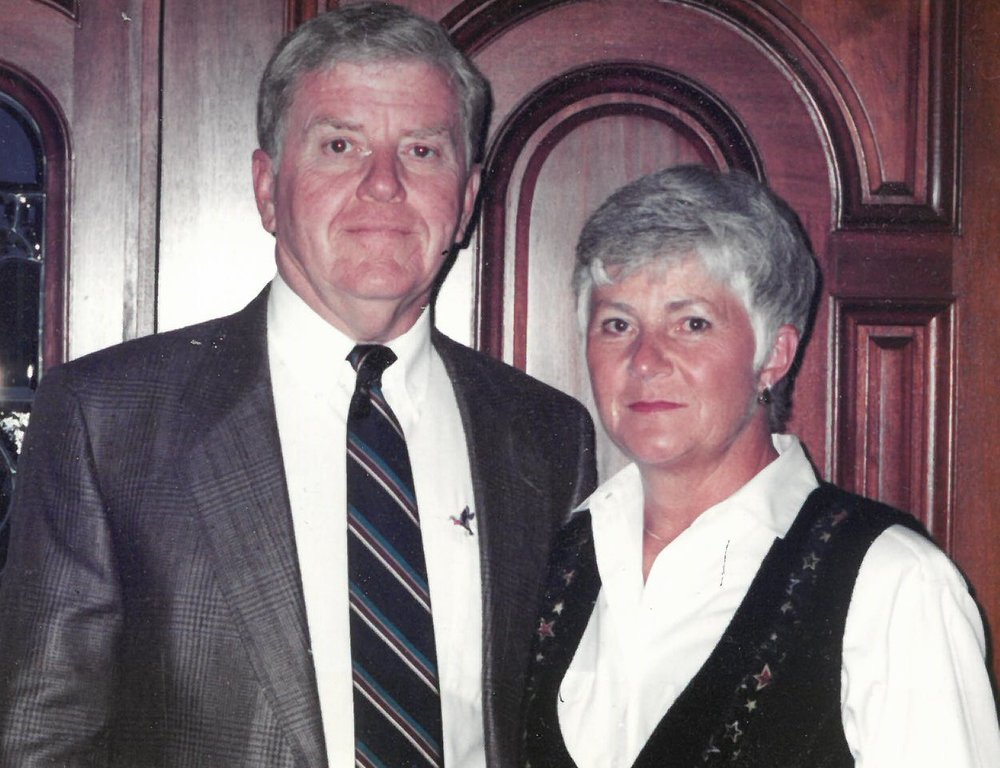 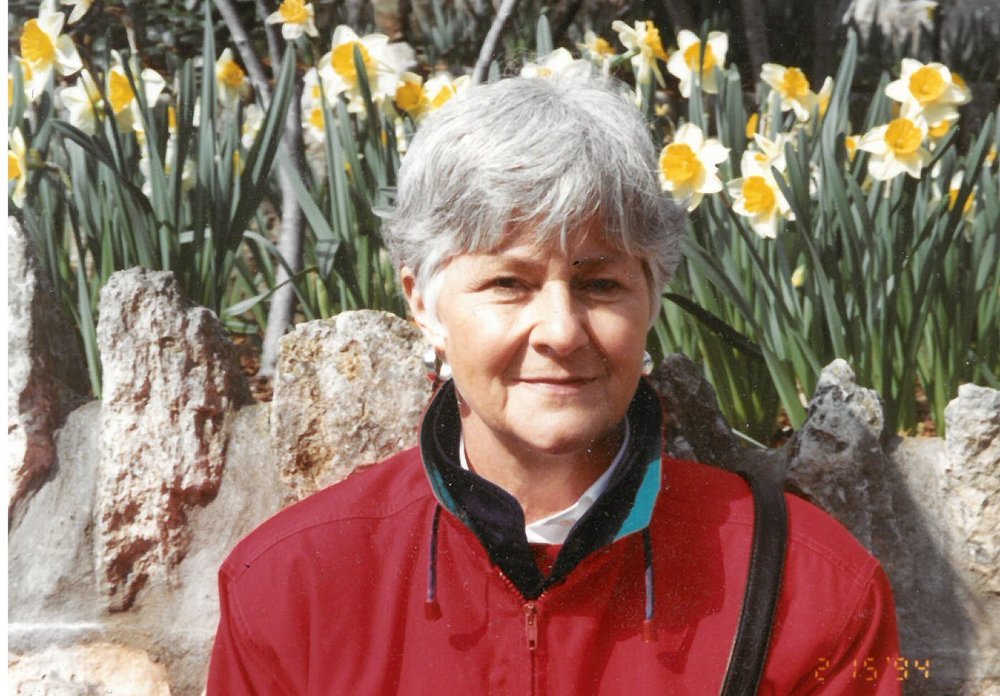 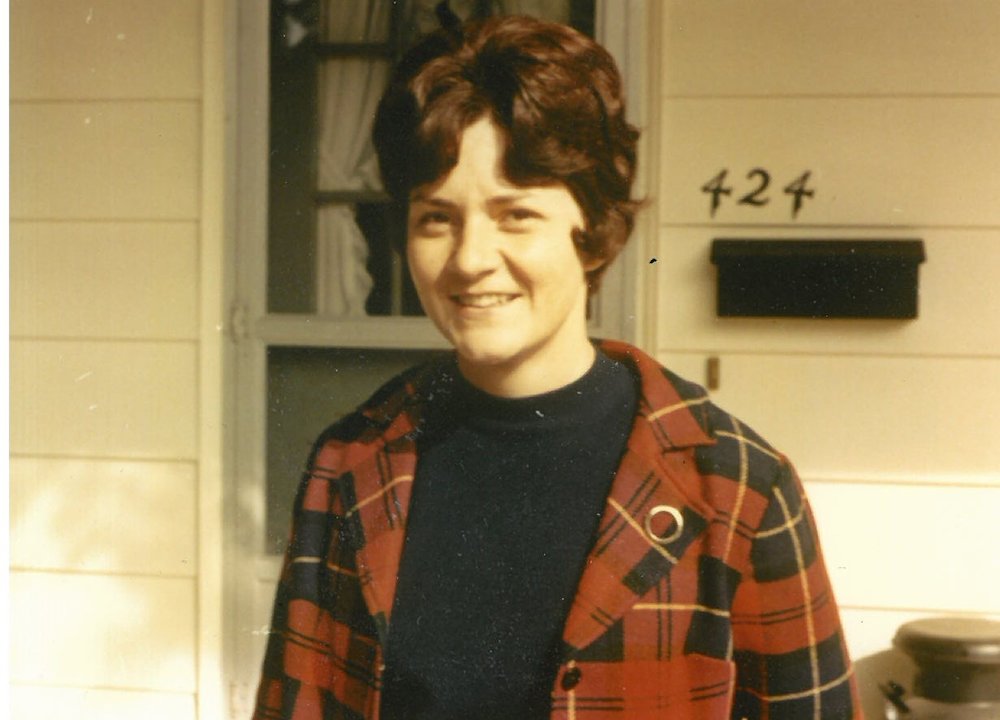 Ann Meredith McCaffrey, 86, passed away on July 28 2021 after a courageous battle with cancer. She was born in Scranton, Pennsylvania third child of John and Jean Fishel, who preceded her in death.
Ann moved with her parents while in grade school to Findlay, Ohio. Husband, Jim, was born in Philadelphia, Pennsylvania and also moved to Findlay, Ohio at an early age.  She and Jim graduated from Findlay High school in May, 1953. Both attended Ohio State University, where she studied art and Jim pursued engineering. After Ohio State, the family moved to Findlay, where Ann became a great homemaker and raised four boys, while Jim worked for Marathon Oil Company.
Ann also used her artistic ability in her devious way, sneaking out to make public drawings. She was known as the “night artist,” painting faces on trees and tanks in construction projects. Time Magazine published one of her funniest in their magazine.
Another move, this time to Hilton Head Island, allowed Ann’s love for art and flower gardening to blossom.  She was named Port Royal’s “flower lady” for beautiful gardens surrounding her home. She joined the Art League and created water color and pastels for show and sale.

Ann is survived by husband Jim; her sons Michael Lee McCaffrey (Mary Jean) of Canton, Ohio, Marc Douglas McCaffrey (Linda) of Albuquerque, New Mexico, John Todd McCaffrey (Jean) of Chapel Hill, North Carolina and Chris Evan McCaffrey (Carol) of Bluffton, South Carolina, and 24 grand and great-grandchildren, too numerous to list but not too many to love.  Ann is also survived by her sister Joy Eaton of Albuquerque, New Mexico.
A private graveside service will be held for her at a later date.  Any contribution to Ann’s memory may be made to your local Humane Society. Islandfuneralhome.com.

Share Your Memory of
Ann
Upload Your Memory View All Memories
Be the first to upload a memory!
Share A Memory
Plant a Tree