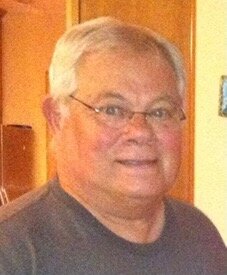 Eugene (Gino) Meglio, a retired VP of Finance and Partner of Fowler Products in Athens, GA, passed away on 9/26/21 at the age of 79 in his most recent “hometown” of Hilton Head Island, SC.

Gino was born in Pittsburgh in 1942 to Anthony and Mary Meglio (younger brothers Mario and Olivio) and grew up in the Braddock/Swissvale area of Pittsburgh.  He attended Swissvale High School and graduated from Indiana Teacher’s College (now IUP in Indiana, PA) with a teaching degree in accounting.  He received an engineering degree from the University of Pittsburgh not soon after.  He married his high school sweetheart, Carol (who also attended Swissvale High), on 8/8/64 and they begin their lives in the Penn Hills area of Pittsburgh.  All three of their children were born in the Pittsburgh area.

In 1973, Gino and family moved to Athens, GA as part of a work transfer with Westinghouse Inc. In 1978, he was offered the position of controller of Fowler Products in Athens.  In 1986, Gino, along with 5 other colleagues, purchased Fowler Products where he became VP of Finance and Partner, the position he held until his retirement. Upon retirement, Gino and Carol moved to Hilton Head Island where he resided until his passing.

Gino was an active athlete for most of his life, lettering in both baseball and football at Swissvale High.  He was a passionate softball and racquetball player during his years in Athens and was 3-time YMCA men’s racquetball champion and at the time, the oldest softball player ever to be voted to the Athens all-star softball team (K of C, St. Joseph and 35 and over team – The Fun Bunch). He also fueled his passion for athletics by coaching all three of his children and numerous youth teams in Athens, leading many to refer to him simply as “Coach”.  In retirement, he enjoyed golfing at Jennings Mill CC in Athens where he was a member for many years and at several courses in Hilton Head.

Gino was extremely proud of his Italian heritage (first generation American) and he was a true American patriot.  He was an excellent provider for his family and he and Carol made many sacrifices for their children and grandchildren.  His phrases of “Sometimes you eat the bear and sometimes the bear eats you” and “Don’t be stupid” were pillars of his advice to everyone willing to listen.

All services for Gino will be held at a later date and in lieu of flowers, the family asks for donations to the March of Dimes and the American Heart Association.

Share Your Memory of
Eugene
Upload Your Memory View All Memories
Be the first to upload a memory!
Share A Memory
Plant a Tree