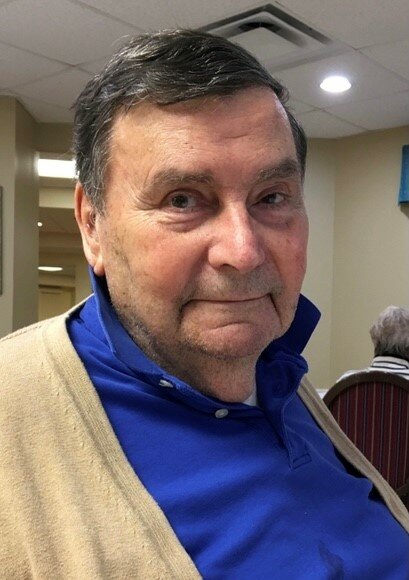 Our beloved Dad and Redad, John Francis Mirabito, passed away peacefully on September 27, 2021, on Hilton Head Island, SC, with his daughter at his side.  He'd had 92 years of love, laughter, and tears, and it was time to rest, and join his loved ones in Heaven.

He was born July 11, 1929, in Brooklyn, NY, the third of 4 children of Tony and Bessie Spinella Mirabito, recent immigrants from Italy. He grew up a city kid, playing stickball in the street and going to Dodgers games at Ebbets Field. He attended Catholic schools and then got his Bachelor’s degree at St. John's University. After college, he eagerly enlisted in the US Navy and completed an 8-month tour around the world on the aircraft carrier USS Hornet.  He absolutely loved that voyage and everything about it. Back in the states, he met and married our mom, Nancy Combs of Lynbrook, NY, in 1956. He got his Master’s degree in Public Health at Columbia University in NY, and at the same time they started their family; three of us, Dorea, Susan, and Michael.

Dad worked as a hospital administrator at several hospitals in Connecticut, and one in Ohio, most notably at Lawrence and Memorial in New London, CT.  Our mom Nancy Combs Mirabito died suddenly in 1972, and dad later married Nancy Whelan of New London, CT.  They had a long and happy marriage, and they retired to Hilton Head in 1996.  They loved life on Hilton Head, the sunshine, warm weather, and beaches. Unfortunately, Nancy passed away unexpectedly in 2016.

For these past 5 years, I have had the gift of caring for our father here on Hilton Head. He'd been diagnosed with Parkinson's disease, and things were not easy for him. He was brave and funny, and always a gentleman.  He had to be moved to Broad Creek Care Center, where he charmed the staff and gave them at least one smile a day, every day. We are grateful for their care.

Our dad has had his share of life's tragedies, but also its joys. He cherished being a father - and he was the best there is. Throughout our lives, our dad always encouraged us. He rarely said “No". Instead, he always advised us to "Do your research."  With that, we were free to find our way. He remained our most ardent supporter, thrilled by our successes and steadfast through our struggles.  In death, as in life, we remain wrapped in the arms of our father's intuition, wisdom, and love.

He is survived by his daughter Dorea and son Michael. It broke his heart when we lost Susan in 2010. He is survived by Michael's wife Claudie and grandsons Jack and Mitchell, and Susan's children Brittany and Raleigh (who named him "Redad "), and Britt's sons Van and Dean. We were thrilled that dad got to meet his great-grandsons in 2019. He is also survived by his younger sister Dolores in New York and loads of nieces and nephews. He was predeceased by both his parents, brother Joe, and sister Marion.