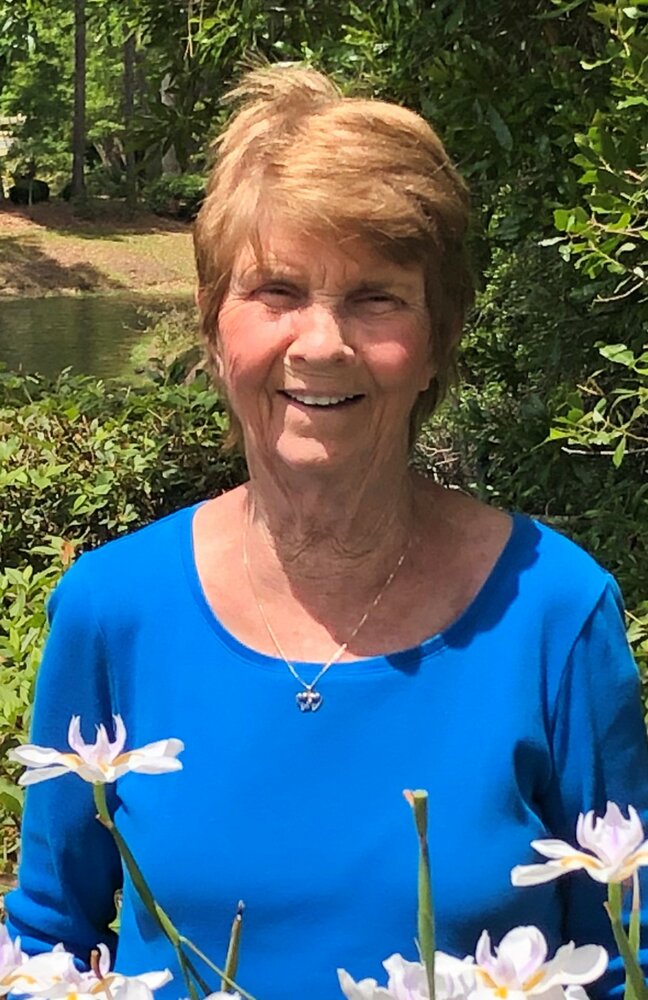 Madonna Marie Gawronski, 87, of Hilton Head Island, SC, passed away on Thursday, May 26, 2022 at her residence with her adoring family by her side.

Born on May 10, 1935, in Buffalo, NY, Madonna was the daughter of Edwin and Margaret (Foley) Murray. She was the salutatorian of her Mt. Mercy Academy High School Class of 1953, in Buffalo. Then, she completed studies at the Mercy College of Nursing, in Buffalo, where she earned her license as a registered nurse. Soon thereafter, at her cousin’s wedding, she met her future husband. On July 27, 1957, Madonna married the love of her life, Gerald F. “Gerry” Gawronski, who survives. After their marriage, the two immediately started a family, which by 1969 grew to a household of nine.

During most of her married life, Madonna stayed at home and devoted herself to raising the seven children whom she absolutely adored. When the youngest was middle-school aged, Madonna returned briefly to work part time as a registered nurse. She also volunteered beginning in the early 1980’s for one of the first hospice organizations in the country. Madonna gave a great deal of her time volunteering for the churches she attended. Among other activities, she managed a church soup kitchen in the 1980s, led a church youth group, and headed a church team of teenagers to the Appalachian Mountain region to help refurbish homes for the poor there.

Madonna was so very supportive of her husband, Gerry, until Alzheimer’s struck her during her last years of life. While Gerry moved up the chain of command at his work, and relocated the family from Erie, PA, to Durham, NC, to Stamford, CT, to Fort Wayne, IN, Madonna provided the glue at the home front. Then, beginning in 1992, she and Gerry would enjoy their well-deserved retirement for 30 years in Hilton Head Island, SC. Madonna was always so thrilled to open their home to the children, grandchildren, and great-grandchildren, and other relatives, as well as to the many, many friends she had, some from her early years in Buffalo and others from all the stops made with her husband’s career. She loved her view out the back window in her Hilton Head home, and the birds that visited her.

While Madonna adored her family completely, she adored her God, his Son, Jesus, and the Blessed Mother, Mary, even more. She embodied kindness, practiced and taught forgiveness, and gave selflessly throughout her life. She was the epitome of grace. Even despite the test of tragically losing her 17-year-old child, William, on August 17, 1979, Madonna’s grace, generosity, and kindness never wavered.

Until Alzheimer’s settled in, Madonna somehow never failed to send each of her dozens of family members and friends a birthday card with a lovely note inside. She was one of the kindest people one might ever know and will be missed terribly by those who knew her. Madonna never had an unkind thing to say about anyone, ever.

A Mass of Christian Burial for Madonna will be celebrated at 10 a.m. on Friday, June 3, 2022, at the St. Francis By the Sea Church. The Visitation has been cancelled. Burial alongside her son, Bill, will take place at a later date at Long Ridge Union Cemetery, in Stamford, CT.

Share Your Memory of
Madonna
Upload Your Memory View All Memories
Be the first to upload a memory!
Share A Memory
Send Flowers
Plant a Tree