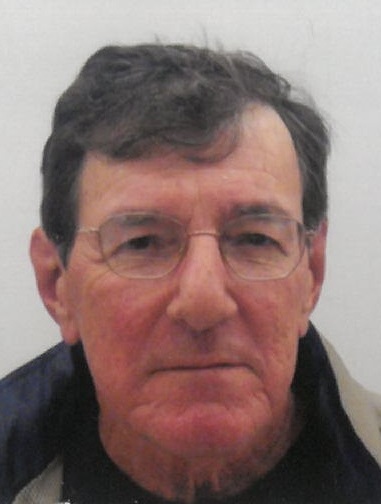 William F. Lloyd of Hilton Head Island passed on July 10, 2022. He was born December 9, 1935, in Glenolden, PA to Margaret and William F. Lloyd Sr. He was the eldest child in a family of eleven children.

Bill graduated from St. Agnes Catholic High School in 1953. Following two years in the U.S. Army Signal Corp, he attended Penn State University receiving a BA and MA in American History. Later he completed a year of post graduate work and was a teaching assistant at Wisconsin University. In Wisconsin, he met and married Clara Koenigsberg in 1965. Moving to Chicago, Bill joined the Great Books Foundation as a director, training leaders across the state of Illinois. After the birth of their daughter Christine in 1967, Bill joined the international consulting firm, Hay Group, specializing in compensation and benefits. They relocated to Philadelphia and their son Douglas was born in 1970. Bill moved to Kansas City, MO in 1978 to become manager of Hay Group K.C. In 1980 he became a partner and general manager of Hay Group Central Region. Both children were attending University, when Bill and Clara relocated to Sydney, Australia, where Bill became Managing Director of Hay Australia in 1990. During their stay they traveled extensively in Australia and New Zealand.

Returning to the U.S., Bill retired and began traveling in the U.S., Europe, and visited Hilton Head during the winter months for years. They built their home in Indigo Run in 1997. Bill was active in volunteering. For years they were active as Special Olympics coaches. They helped in the initial implementation of bringing the International Special Olympics Tournament to Hilton Head. He served on the Council of St. Francis by the Sea Catholic Church. He was dedicated to the World Affairs Council serving on the Board of Directors. Bill was Captain of Indigo Run 3.0 Tennis for several years. He loved tennis and the friendships he made in the tennis community. Pursuing a special interest in writing, he published six mystery novels during his retirement with the last two locations set on Hilton Head.

Family was very important to Bill.  He attended his children’s baseball, basketball, and swim meets. He was assistant coach for Doug’s baseball team in elementary school and he attended Christine’s theater performances. He was proud of their accomplishments. Bill particularly enjoyed watching his grand-daughter, Cedar, grow into an exceptional young woman. Bill delighted in watching her learn to ride a bike and to swim and to walk the beach with her. They even laughed as she beat him in chess.

Travel was always an important part of his life. During his college years Bill was a travel escort and drove travel buses in Yellowstone, Glacier, and Rocky Mountain National Parks. He escorted tours to Hawaii and train tours through Western Canada. Together, Bill and Clara traveled to all 50 states and many countries of the world, enjoying meeting people and learning about their cultures.  Whether it was a walking trip in Tuscany, a canal boat in the canals of Northern England, or sailing the Whitsunday Islands in Australia, the world was exciting to explore. In 2017 Bill and Clara moved into the Cypress of Hilton Head.

A Funeral Mass will be held on September 15th at 10 AM at St. Francis by the Sea Catholic Church. In lieu of flowers, contributions may be made to the Alzheimer’s Association or charity of your choice. The family wishes to thank all the caregivers at Preston Health Center for their compassionate care.