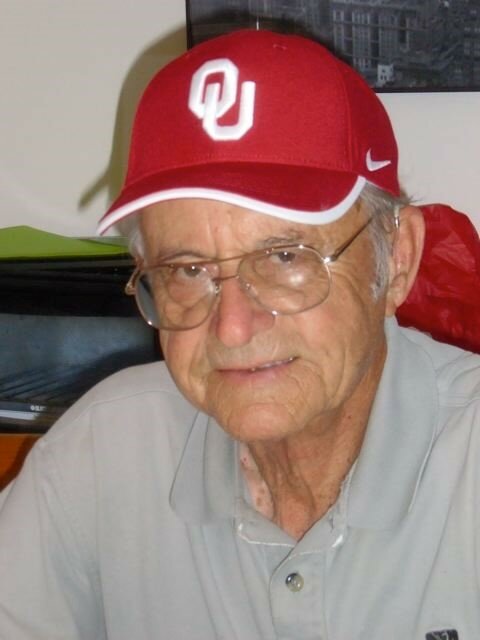 Leon Grant Cherrington of Hilton Head Island left this earth on September 6, 2022, at the age of 96.  He was born in Vinita, Oklahoma and graduated with honors, from Vinita High School in 1944.  At the age of 18, he entered the Army Air Corp where he became a gunner on a B-17 bomber.

Leon had a life-long commitment to education.  He began his teaching career as a high school Latin teacher.  He continued his teaching career at Oklahoma College of Liberal Arts where he taught history and interdisciplinary studies. In addition, he was an international consultant for MacMillan/McGraw-Hill School Division.

During his Oklahoma Baptist University days, Leon served as interim pastor for several Oklahoma churches. He served in numerous capacities in the church, and for several years he was an elder in the Presbyterian Church in Williamsport, PA.

Leon's other passion was golf. He liked to say, "Life is a game; golf is serious".

A Celebration of Life will be held at a later date.  If you choose to make a donation in Leon’s name, it can be sent to First Presbyterian Church of Hilton Head Island or SOAR (Special Olympics and Recreation of the Low Country, 800 Main Street, Hilton Head Island, SC 29926.

Share Your Memory of
Leon
Upload Your Memory View All Memories
Be the first to upload a memory!
Share A Memory
Plant a Tree