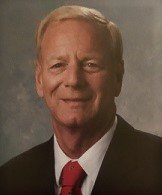 Cecil (Sonny) was born on July, 4th, 1941 to Cecil (Sr.) and Kate Cherry Viverette in Asheboro, NC.  Just prior to starting second grade, the family moved to Lenoir, NC, in Caldwell County.  Cecil graduated from Lenoir High School in 1959.  He graduated from N.C. State University with a Bachelor of Science degree in Biological and Agricultural Engineering.

Early on, with the encouragement and support of his wife Frances, Cecil became involved in community service.  He was a volunteer fireman, including serving as president and assistant chief.  He also founded and was the first president of the Caroline County Volunteer Emergency Units organizations.  He served in various capacities with his church, was a scout leader, youth coach, primary school guest reader, member of the board of directors of the Rappahannock United Way, the Fredericksburg Regional Alliance, the Fredericksburg Regional Chamber of Commerce, the Virginia Agribusiness Council and Mary Washington Hospital.  He was chairman of the board of directors of the Fredericksburg March of Dimes campaign, the Caroline County Economic Development Corporation, and Hope House, a homeless shelter for women and children.

Frances and Cecil moved to Hilton Head Island after his retirement in 2004.  In 2006 he was appointed to the board of directors of the South Carolina Public Service Authority, the state-owned electric utility.  He served until his term expired in 2014.  In 2016 he was appointed to the advisory board of Protect Our Power, a Washington, DC group that advocates for national electric grid security.   In 2018, Cecil was inducted into the Caldwell County Schools Hall of Honor.  Cecil was an Elder in Hilton Head’s First Presbyterian Church, and previously served as the Commander of The Hilton Head Sail and Power Squadron, and as the Commodore of the Yacht Club of Hilton Head Island.  Cecil was also active as a certified instructor and a Vessel Safety Examiner for the Power Squadron.

Cecil was a loving husband, father and grandfather, who cherished time with his family, and loved being on the water.  He was preceded in death by his parents, Cecil (Sr.) and Kate.  Cecil is survived by his wife, Frances; daughter, Mandy Willis (Mark) of Chester, VA; son, Tripp Viverette (Jennifer) of Maiden, NC; sister, Edie Hipp (Jim) of Hilton Head, SC; and grandchildren, Timothy Willis, Robert Willis, Mary Elizabeth Willis, Mack Viverette, Emerson Viverette, and Georgia Viverette.

The visitation to receive family and friends will be on Sunday, August 8th at the Island funeral Home on Hilton Head from 5:00 p.m. to 7:00 p.m.

The celebration of life service will be Monday, August 9th at the First Presbyterian Church on Hilton Head Island at 11:00 a.m., followed by a reception at the Spanish Wells Club.  In lieu of flowers, donations to Hilton Head Heroes will be greatly appreciated.

Share Your Memory of
Cecil
Upload Your Memory View All Memories
Be the first to upload a memory!
Share A Memory
Plant a Tree